Syble interviewed for a teaching position with the Superintendent of Brown County Schools, Joe Donovan, in the 1950s. He knew instantly that she was destined to do more than teach kindergarten. Joe’s dream was to create a program for students with special needs, and he knew Syble was the one to do it. Syble’s special needs program started with one classroom and grew into its own school, named in her honor. 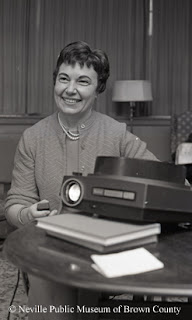 Starting the program was not an easy task. At the time many students with special needs did not attend school. Syble went door to door to recruit students and meet with parents. She eventually became a leader in Special Needs Education. Syble advocated for her students and other children with special needs, as she believed they deserved the chance to receive an education and the opportunity to have days full of fun and creativity. Her dedication not only touched her students but also the teachers she worked with and mentored. Because of her work, the school is still open today.

In 1975, Syble became ill, which affected the students and the school. She had always been able to attend school events, but when she fell ill she was unable to make the holiday festivities. Instead, the students came to her. More than 60 kids and teachers loaded a bus and went to her home. They set up a tree in her yard and decorated it so she could see it from her window. The students also brought small gifts that they made for her. They left a sign in the yard that read, “We love you more than Christmas” to show how much they appreciated her for her. Syble passed away a few days later. 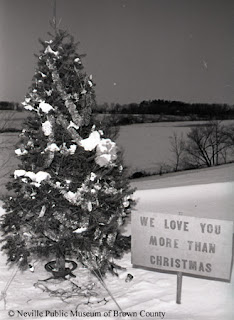 Syble was a dedicated woman who worked to improve the lives of those that were never given a chance to be educated. Though she may be gone, her compassionate attitude and dedication to her students is left as a legacy at Syble Hopp School.