Working in a museum, I get to see plenty of interesting artifacts. Some are more widely recognizable and well-researched, and others are much more mysterious. One of our mysterious artifacts is this object--the wooden monowheel. While there are other monowheels in collections across the country, this is the only known one made of wood rather than metal. 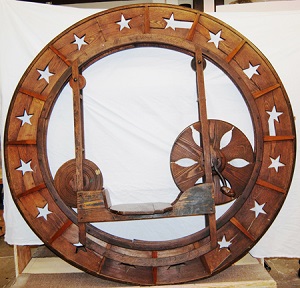 This rare artifact is a self-propelled mode of transportation, much like a unicycle. The big difference is the rider sits on the wooden seat inside the big wheel. The rider uses the hand cranks to move the inner smaller wheel which transfers motion to the larger outer wheel with the stars. 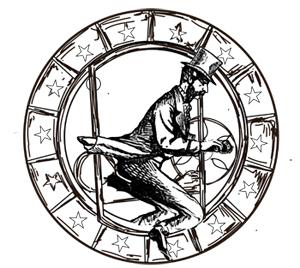 What do we know about the monowheel?

This monowheel was collected by Frank Duchateau in the early 1900s. He donated it to the museum in 1943. According to a letter received by Duchateau in 1922, the monowheel was made by a Mr. Rowe in the 1860s. It was first exhibited at the old museum on the corner of Jefferson and Doty Streets and was kept on display when the museum moved here. In 2014, the monowheel was conserved and traveled to Madison and Appleton to be included in the exhibit Shifting Gears: A Cyclical History of Badger Bicycling.

What don’t we know about the monowheel?

We know a little about the monowheel, but we are still missing some key pieces of information. Why did Mr. Rowe create the monowheel? What was it used for? Are there other pieces like the monowheel in other collections?

The answer to all of these questions is–we don’t know. We can speculate what the piece was used for, but without more information we can never be sure. However, just because we cannot be sure does not mean the monowheel is not important. This one-of-a-kind artifact is an excellent example of how the museum has collected, displayed, and cared for artifacts throughout the last century.

The monowheel is now on display in the Generations Gallery. Check it out for yourself! 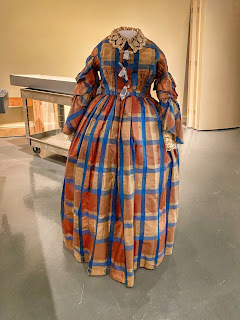 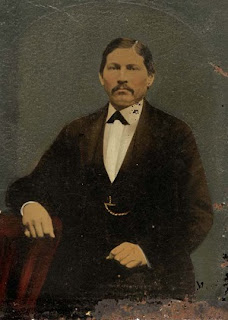